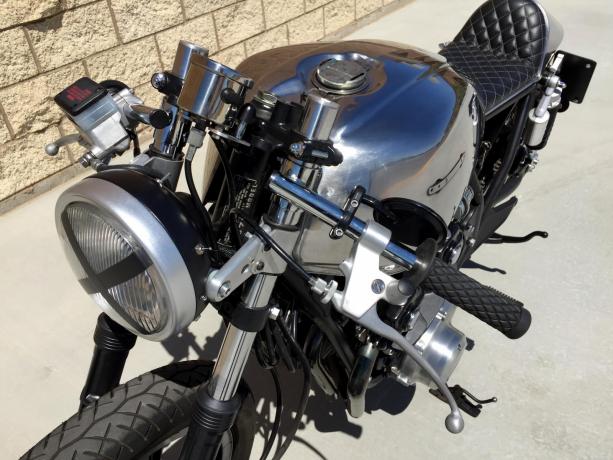 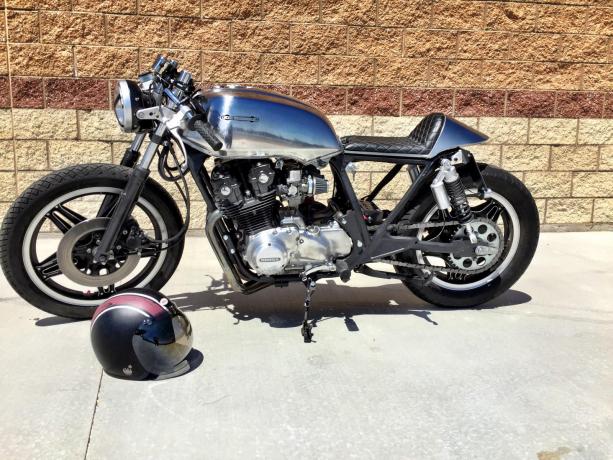 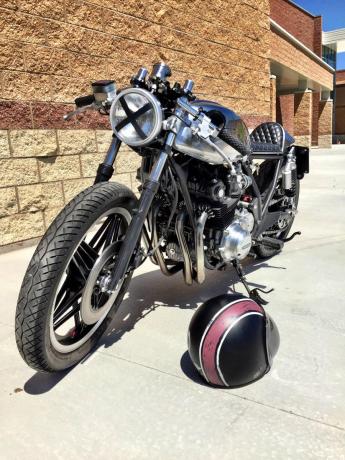 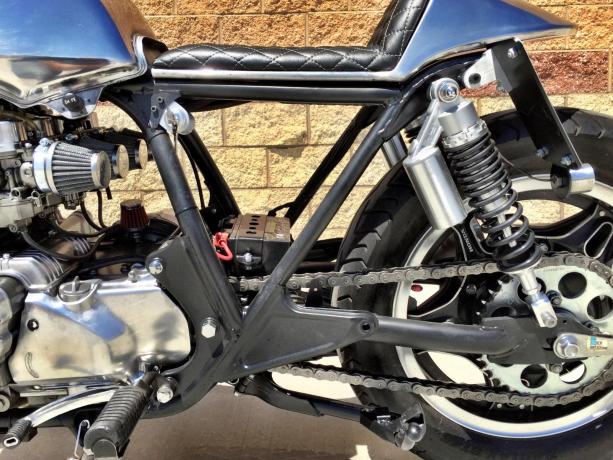 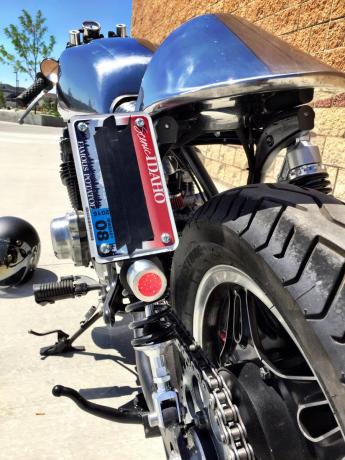 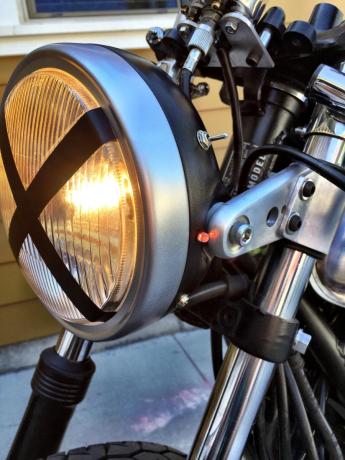 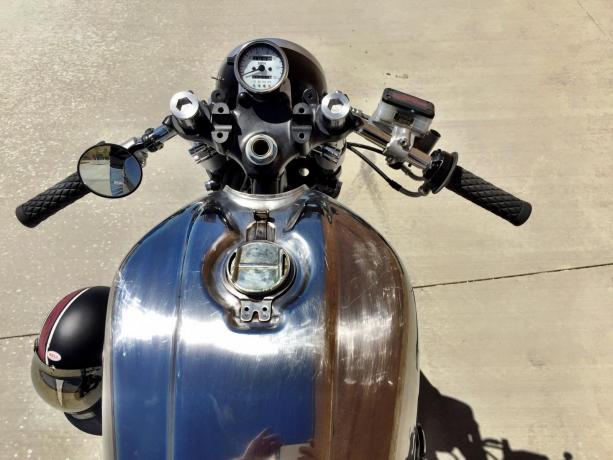 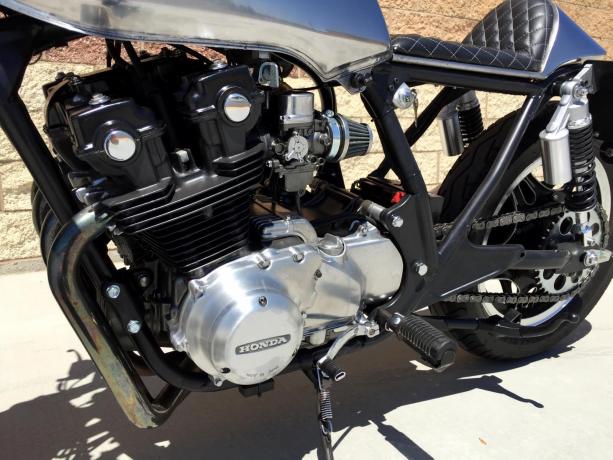 1979 Honda CB750 Cafe Racer. Starting from a stock bike, we overhauled this bike to turn out one little cool Cafe. The bike was stripped down to the frame and bolts. We cut the tail off and built a custom seat hump and seat. In the end of the frame we capped off the ends and buried in a set of LED blinkers. All of the tabs were cleaned off from the air box are and all wiring and battery removed. The battery was replaced with an anti-gravity and mounted to the swing arm with a custom battery box. All of the wiring was redone and moved to the seat hump, leaving the frame open and clean. The frame was repainted and the bike assembled. A new set of rear reservoir shocks were added, the license plate was moved to the top of rear shock and a custom LED light finished off the look

During the bike tear down process, the 4-pack carb assembly was torn down, cleaned and painted, and completely rebuilt with a new kit and cutoff valve diaphragms. The air box was removed and replaced by a set of pod filters, two crankcase filters mount on top the crankcase. The engine valves and compression were tested, no addition engine tear down was performed for this bike. The covers were removed and polished and the engine was painted.

The front end was completely redone. With the forks disassembled and then rebuilt with a new kit, we dropped the forks in the triple clamps and put on a set of Emgo clip on bars. All the controls were removed from the handlebars and moved to the headlight or rear of the bike. The key switch and push button starter were moved under the seat. The high-lo beam and blinkers were moved to toggle switches on the headlight. The front brakes were rebuilt at the caliper and lever and the levers were brushed down to aluminum finish. The speedo cluster was replaced by a single speedo without a tach and a set of custom LED blinkers were mounted into the headlight. The headlight also received a custom bracket which tucked it back into the forks. The fuse box and choked were moved to the back of the bike as well.

To finish of the custom look, the tank and seat hump were sanded and polished. After tuning and timing the bike, it ripped down the road and got a lot of looks.