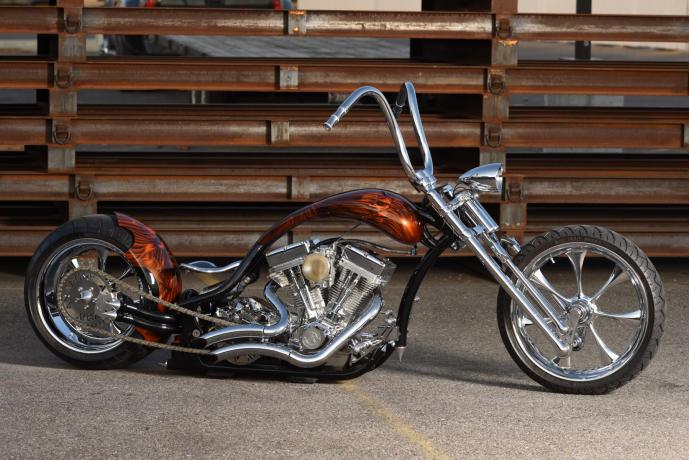 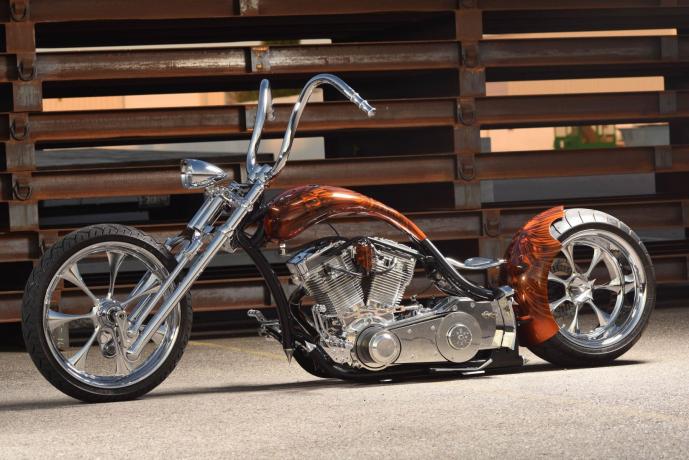 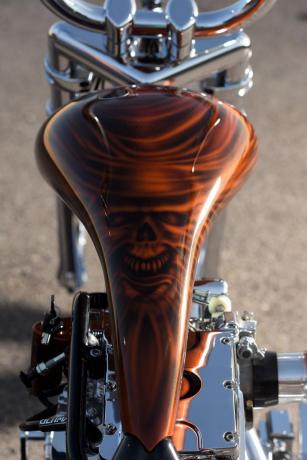 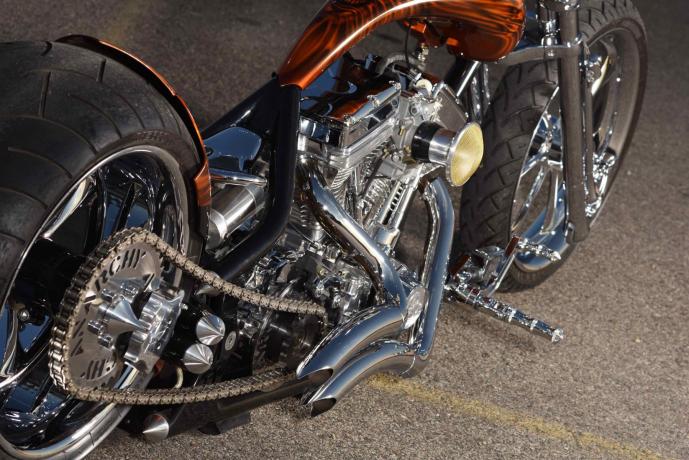 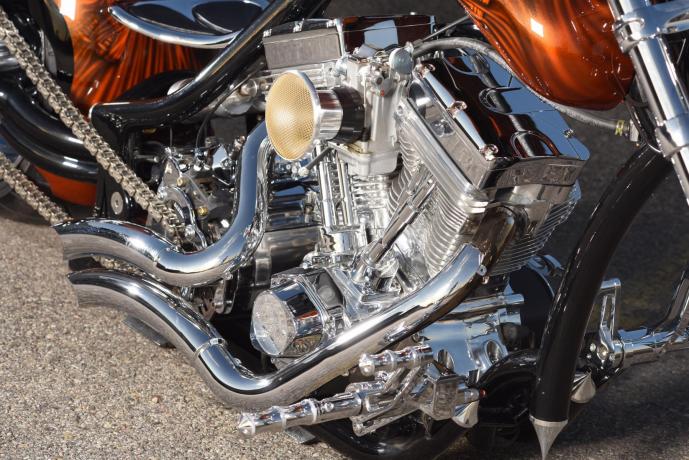 2007 Anarchy Disruptor with a 127" Ultima El Bruto engine.  Features a full air suspension with air springer and a single swingarm.  Automatic transmission with a twist tranny brake and internal throttle.  Ape hangers are made from 3 separate bent pieces of tubing.  Frame is powder coated black and the tank and fender are candy orange with airbrushed skulls.

This bike took the Best of Show in the 2009 Easyriders competition in Pomona, California and finished off with 1st place in the Invitational Radical Class at the Easyriders show in Cincinnati, Ohio.  Recently, it has taken trophies for outstanding engine, and outstanding bike in the 2015 Autorama show in Salt Lake City, Utah.  At the 2015 J&P Cycles Ultimate Builder competition in Sacramento, it went home with 2nd place in the Freestyle competition and will be featured in the Invitational Class in the 2016 Ultimate Builder competition in Chicago.