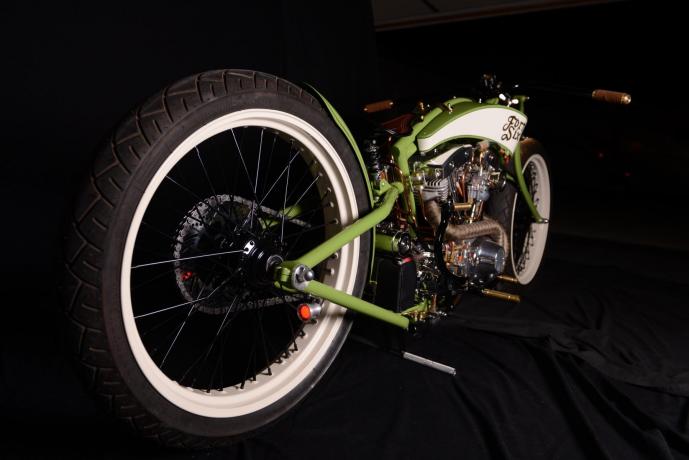 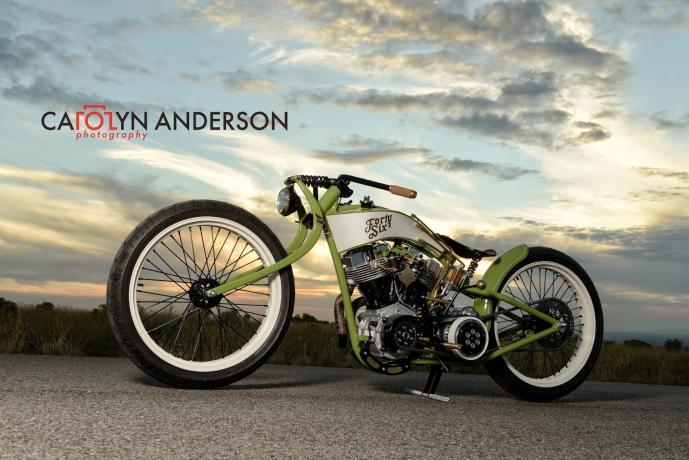 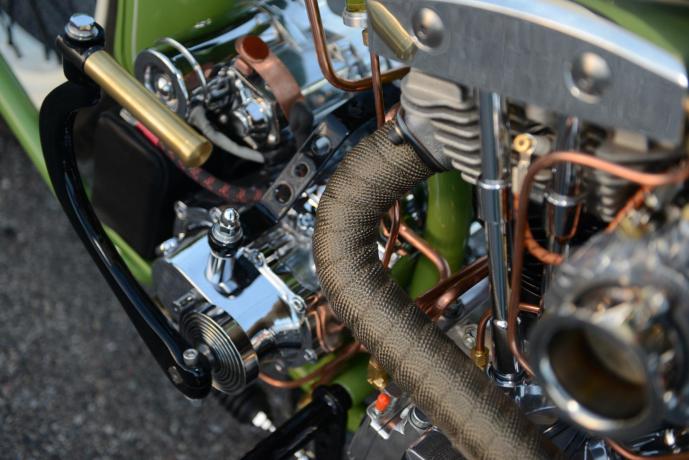 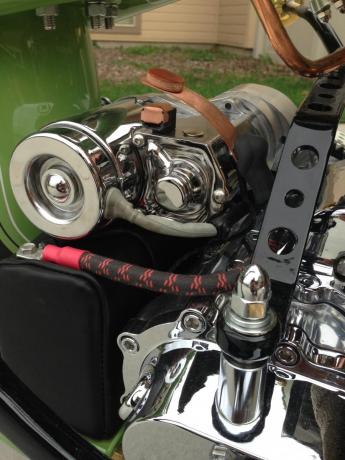 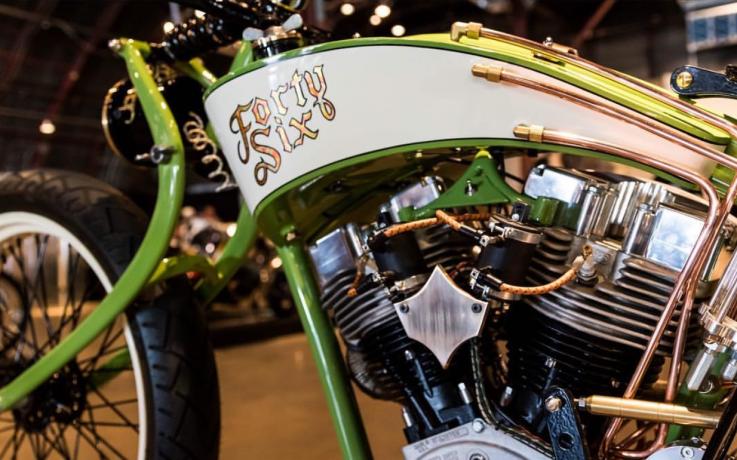 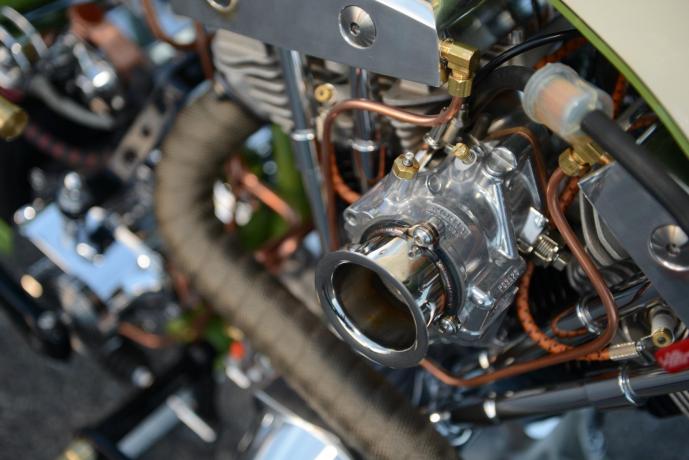 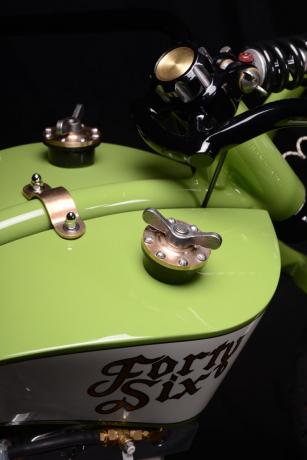 2014 Bonneville Customs Board Track Racer.  Starting with a Paughco Frame and 24" tires, we built this bike from the ground up.  The tail section of the frame was modified to fit the 24" rear tire and to open up space below the seat to add a mono shock and keep the seat low.  The engine mounts were modified to fit a 93" S&S dual plug shovelhead engine.  The front girder is all custom made, the forks are cut from 3/4" plate and bent to mount to a Fox Vanilla R shock attached to the handlebars.  The handlebars are hand made and sport an internal throttle and brake.  The split tanks are handmade and house the fuel on the right and the oil on the left.  The gas caps are machined from carbon steel and bronze and are held together with hand-formed rivets.  The oil lines are all copper and were hand formed to fit the bike, the oil system is topped off with a Belmit Development custom glass filter.  The foot pegs and grips are machined from solid brass rod, the foot controls run the rear brake and a suicide clutched finished off with a jockey shifter.  The bike runs a Paul Cox open chain primary and chain drive as well, all connected through a Rev Tech 4 speed transmission.  The bike is started by a kick start or battery from a copper push switch, whichever is desired.

The concept of this bike came from the early 1900 Board Track racers.  Nicknamed "Splinter", this bike has taken top honors at the 2015 Salt Lake City Autorama and the 2015 J&P Cycles Ultimate Builder Competition Freestyle Class in Sacramento, has recently been featured in the January 2016 issue of Easyriders magazine, and was part of the 2015 Handbuilt Motorcycle Show in Austin, Texas.